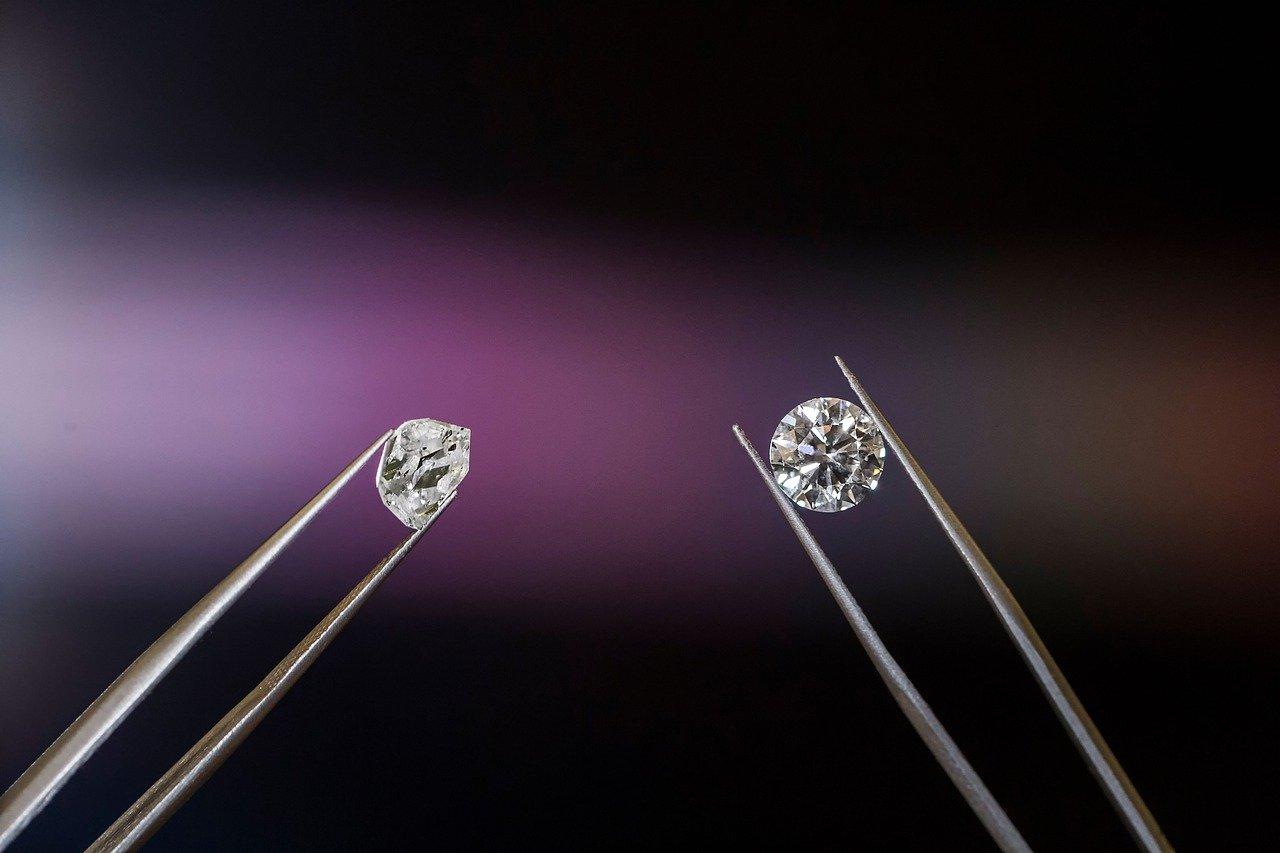 Whether you are popping the big question, sell diamond rings, or just buying a gift for a loved one, it is always a good idea to be aware of what’s going on in the world of diamonds and jewelry. Here are 10 of the most popular diamond shapes. Hopefully, this can give you some ideas when searching for an exceptional diamond ring.

The heart may be the ultimate symbol of love and romance, but it only made the opener on the list. According to Diamond Pro, heart-shaped diamonds stem from the traditional and popular round cut.  This shape of this diamond also makes up a tiny amount of the total number of diamonds sold each year. Heart-shaped cuts are most commonly used as a center stone in an engagement ring.

An interesting historical fact about the heart cut is that it dates back to the 16th century; it was given to Queen Elizabeth by Mary Queen of Scots as a token of friendship.  Today, celebrities such as Nikki Minaj and Lady Gaga have sported heart-shaped diamonds.

This octagonal cut boomed in popularity once Carrie Bradshaw had one during her brief engagement to Aidan Shaw on Sex and the City. Brides.com states that this particular cut was named after the jeweler who patented the design in 1902.  The Asscher’s popularity first rose during the Art Deco period and due to its lack of sharp edges, this cut does not break easily.  According to the International Gem Society, the Asscher is known for being quite similar to the emerald cut.  The difference is that asschers are clip-cornered and a bit squarer.

The pear cut has a second name.  It can also go by “teardrop.”  This cut dates back to the 1400s.  However, they have had a surge in popularity in recent years. Some famous supporters of the pear-shaped diamond are Anna Kournikova, Victoria Beckham, Katherine Heigl, and Khloe Kardashian.

The pear cut boasts both an elegant and unique style compared to other cuts and they also hide inclusions well when going down in clarity.  Other benefits of the pear cut include giving off more sparkle and looking much larger than other cuts of diamonds.

The radiant cut was invented by Henry Grossbard in 1977, so this is a more modern style of cut.  Grossbard took features from both the round cut and emerald cut to create the radiant.

It was designed in such a way as to catch the light and dazzle onlookers, hence the name.  Wedding Bands Company believes this is the reason for its demand.

Fans of bigger diamonds will be happy to know that this type of cut makes the diamond appear larger.  You will get more bang for your buck at a lower price than other cuts.  They are also known for having great durability.  However, one downside is that the GIA doesn’t grade this type of cut.

Brides.com reported that oval-shaped rings saw an increase in popularity in 2021 and they predict that these rings will continue this pattern for a while to come. An oval’s soft, the oblong shape is supposed to draw attention to the hand and lengthen the appearance of your fingers.

This cut of a diamond has had a surge in popularity recently, probably due to Travis Barker of Blink 182 proposing to Kourtney Kardashian with an oval stunner.

Also known as a “Navette” cut, the marquise cut is unique in that it’s considered to have a regal “football shape.”  The shape is long and narrow, creates an illusion of a larger size, and can make the finger look more elongated.  The sparkle factor is also a big selling point.  A drawback is that because of its delicate edges, it can chip and break if it is not set properly.

The name “marquise” isn’t just for show either.  This cut of a diamond has a royal history in its origin story.  King Louis XV (who was known for having many affairs) was so smitten when he saw Jean Antoinette Poisson for the first time at a masked ball, that he made her his number one mistress and sealed the deal by creating this cut and gifting it to her.

Another style reminiscent of the Art Deco period, the emerald cut is known for its rectangular shape, open table, and cropped corners.  The elongated shape enables a elevated elegant look. The unique shape of the emerald cut also helps out its rating on the brilliance scale.  One of the most talked about emerald engagement rings was when Alex Rodriguez proposed to Jennifer Lopez.

Often compared to a pillow, this cut has been around since the 18th century.  It also has a lower price tag when compared to round-cut diamonds.  The cushion cut is essentially a square cut with rounded corners.  Many fans and sellers of the cushion cut praise it for its vintage look and feel.

It has a great brilliance capacity and is also very durable.  Unfortunately, flaws may be easier to spot on these cuts.

Of course, the most expensive is also the most popular.  It’s a classic option that maximizes your diamond’s firepower and the brilliance ratio reflects that.  A total of 75% of diamond ring sales are round cuts. Most jewelry enthusiasts believe that round diamonds hold a timeless appeal.

There are a lot of unique diamond rings out there and all of these different shapes and styles reflect that.  Though at the end of the day, the real brilliance is seeing your loved one’s face when you present them with one of these types of diamond rings.

The cut/shape of a diamond also has an impact on the pricing of the diamond. That can have something to do with popularity, but rarity as well. You can use our diamond price calculator to estimate the value of a diamond you may want to buy or sell.

As an example, you can view the price of a 1 carat round diamond:

Compared to a 1 carat asscher cut diamond with all the same characteristics:

As shown above, the Asscher cut diamond can be worth 30% less than the round cut diamond. Play with our calculator to discover the different prices of diamonds.

When finding the perfect diamond, remember that shape affects the price you should pay for the diamond. There are many beautiful shapes, but don’t pay the same for an emerald cut diamond as you would a round cut diamond! 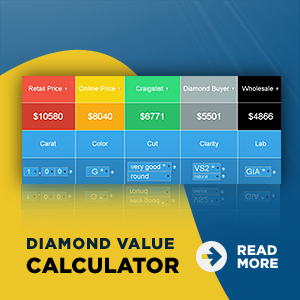 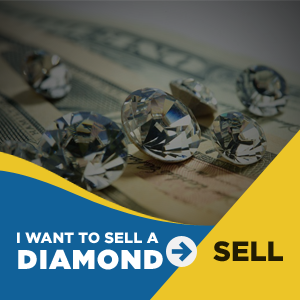 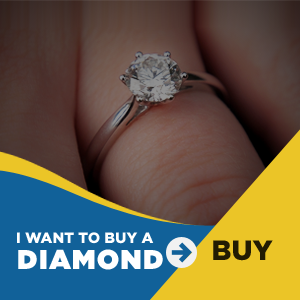 Diamondkarma.com is a participant in the Amazon Service LLC Associates Program, an affiliate advertising program designed to provide a means for sites to earn advertising fees by advertising and linking to Amazon.com and the Amazon logo are the trademarks of Amazon.com, Inc. Diamondkarma.com also maintain the affiliate relationships with other companies recommended on the website. All affiliate relationships have been established after researching and conducting the reviews.

On Valentine's Dat 2014 I had my second bad experience buying diamonds and decided to do something about it. I thought there should be a way to calculate exactly how much a diamond is worth at a jewelry store vs. online jewelry store vs. Craigslist.